US corporate monolith Boeing has in recent months received the negative attention reserved only for the gravest of public relations disasters.

Following the 10 March Ethiopian Airlines disaster that killed 157 people, concerns over the safety of the 737 Max family of jets have grown and lawsuits mounted.

Deep Stall is by no means an especially up-to-date corporate history, but it is the most granular available, offering a broad-brush view of Boeing’s largest ventures that place the company’s current woes in perspective.

The grounding of the worldwide fleet of 737 Max aircraft may have knocked about a tenth — a cool $25bn — off Boeing’s market capitalisation, but this is far from a standalone disaster in the company’s recent past. Examples of astonishing mismanagement and chronic value destruction abound: $1.5bn allocated to a Super Sonic Transport (SST) aircraft mothballed in 1971, an estimated $3bn bill for the development of the commercially disastrous 757, and widespread production problems following its merger with McDonnell Douglas in 1997.

The central thesis of Deep Stall is that over its 103-year history state support has played an under-acknowledged role in the survival of Boeing by smoothing out market cycles and underwriting research and development (R&D).

From the role of US Air Mail subsidies in the early 1930s to the development of technology for Cold War military jets, to federal funding offered for production of the 787 Dreamliner, Boeing has relied on government backing to bankroll the development of new aircraft, which is about as slow-burn an engineering project as you can get.

As Lawrence and Thornton wryly observe, it is ironic that Boeing pursued a campaign against Airbus at the World Trade Organisation (WTO) throughout the 1990s, complaining that European subsidies had given its closest rival unbridled competitive advantage.

This corporate history also captures the truth that despite its zealous marketing slogan Forever Final Frontiers, the key to the company’s success is as much down to its ability to sell as its path-breaking technical expertise. Boeing has shown itself to be behind the competition in the development of key myriad systems such as fly-by-wire, but time and time again the deal-making acumen of senior executives has prevailed.

This is a history that, while highlighting the company’s extraordinary achievements, pulls no punches. In many ways Boeing represents the ideal of American commercial endeavour; gutsy, technically brilliant and supremely competitive.

Across its recent history, however, the corporation has also shown itself prone to hubris and vulnerable to the winds of change in the fickle international aviation market — whether underestimating Airbus, failing to place sufficient value on customer goodwill, or overestimating its own technical capabilities as the recent 737 Max issues have shown. 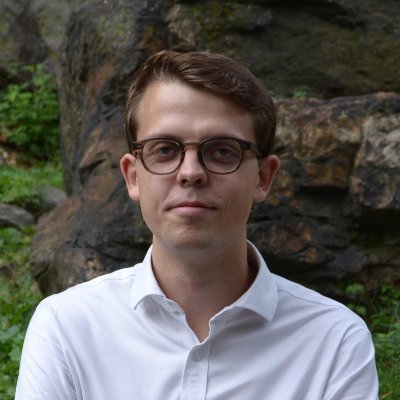 John is a reporter at Institutional Investor in New York where he covers the US property and casualty insurance markets. He has a master’s degree in social policy from the London School of Economics and his writing has appeared in The Scotsman and The Sunday Times newspapers.

<span style="font-weight: 400">John is a reporter at Institutional Investor in New York where he covers the US property and casualty insurance markets. He has a master’s degree in social policy from the London School of Economics and his writing has appeared in The Scotsman and The Sunday Times newspapers.</span> View all posts by John Hewitt Jones